Apart from The Drowning Pool which is a love story spanning two decades, I write quality psychological drama's. Dark, intense playing on the illicit. Perfect for night owls! 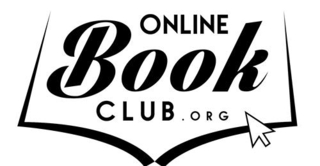 Born into a Cornish fishing community, Jago had never really been able to find his place. He'd prefer to be drinking at the pub than on the water with his abrasive old man who blamed him for his brother's death. After the fishing accident that took David's life, his dad's anger drove a sharp knife into their relationship; Jago could never shake the feeling that his dad wished it had been Jago who died on the water that day.
Grief-stricken and wracked with guilt, Jago had the propensity for self-destructive behavior such as drinking too much and chasing a soon-to-be-married woman. Beautiful and affluent Diane was happy to carry on an affair with Jago. Sometimes she'd even claim that she loved him. Still, Jago wasn't sure that Diane ever had the intention of fully giving him her heart. Could she give up her comfortable life for a lowly fisherman, or was she content with stringing him along and capitalizing on his guilt?
Would Jago be able to mend the shattered relationship with his father and live happily ever after with the love of his life?
The Drowning Pool by Gerald Wixey is a heart-wrenching novel spanning over a decade. It uncovers the far-reaching consequences of family tragedy and the plight of loving someone who cannot fully reciprocate. The story is told from the first-person perspective following Jago. He must come to terms with the loss of his brother and navigate the perils of love. The novel is not for the faint of heart—it's not a conventional love story that is packaged neatly and delivered with a bow on top. It's messy and weathered and might not be what readers expect, but, in my opinion, that's what makes it raw, relatable, and intoxicatingly beautiful.
What I loved most about The Drowning Pool were the multidimensional characters that the author created. These were complex people that were broken and looking for someone or something to put them back together. Jago's guilt was all-encompassing and transformed him into a man who settled for far less than he deserved. Jago's dad, Marcus, allowed grief to consume him, which adversely affected his relationships. Diane tortured herself—always torn between the life that she thought she wanted and the one that her heart craved.
The one minor dislike I had towards the book was in regards to the timeline. There was nothing to alert readers when there was a change from past to present. Occasionally, I would begin reading a paragraph only to find myself confused about when the event took place. It was likely a matter of personal preference, and I eventually adapted to the changes. Beyond that, the book had no other shortcomings to report.
The novel was professionally edited, and I was impressed by how quickly it reeled me in. The decision to award The Drowning Pool a high rating was an easy one; I have chosen to give the book a rating of four out of four stars. Its worthiness was attributed to solid character development and the author's knack for descriptive writing. I could easily envision myself out on the water with Jago—imagining the melodic sounds of the water splashing against the boat.
Adult readers drawn to stories involving family drama and the sting of unrequited love would enjoy this book. If you are seeking a comprehensive novel that delves deep into the realities of life—the beauty, the horror, and the raw feelings that go hand in hand with being human—this book is for you! Readers who are sensitive to language and sexual content should be discouraged from picking this book up as the author uses profanity liberally throughout the text.